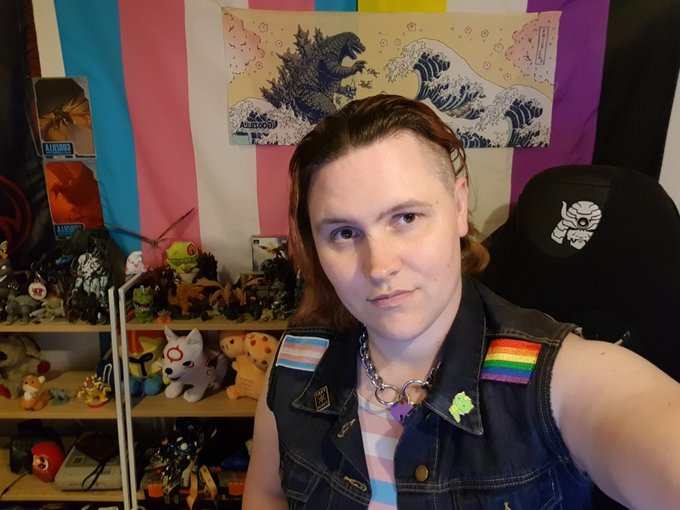 Non-Binary writer, blogger, reviewer and streamer based in Melbourne, Australia.

W R I T I N G
I have been lucky to end up with several fantastic editors in the publications I have worked in. As a result I have had work published in online and print form, in magazines and book anthologies. Even ending up on a panic list by one amazing editor.
Genres that are my favourite to work in are CyberPunk, Post-Apocalyptic and Crime. These three end up getting more page time than anything else.
For three years I have filled a role as staff blogger and reviewer at Burn Brightand Marianne de Pierres’ personal page; providing novel reviews and themed blogs originally aimed at a Young Adult audience but recently breaking out into multiple demographics. In recent years I’ve also been writing pop-culture articles for Geek Girl Authority

After years of working for other publications I decided it was time to focus on subjects that most places wouldn’t talk about, or would make me tone down, so I started writing my own blogs. These blogs have mostly focused on LGBTQIA+ gaming and my own journey in transition.

In 2017 I began streaming to raise money for the CheckPoint Organisation, a charity devoted to promoting positive mental health practises and providing support for those with mental health issues. As well providing a safe online community for the LGBTQ+ community.

I made a thing about leaving the world behind to be true to yourself.
https://big-bad-kaiju.itch.io/they-live-here-now
Now I’m working on my first visual novel that will be finished when it’s finished.